An Interview with Merijn de Waard

An Interview with Merijn de waard

Merijn de Waard has been following every bit of news about super yachts since he was a young boy. He turned his hobby into his job and set up SuperYacht Company 11 years ago. The company behind the superyachttimes.com website and The SuperYacht Times quarterly publication has taken on serious dimensions, but the boyish curiosity has not waned. 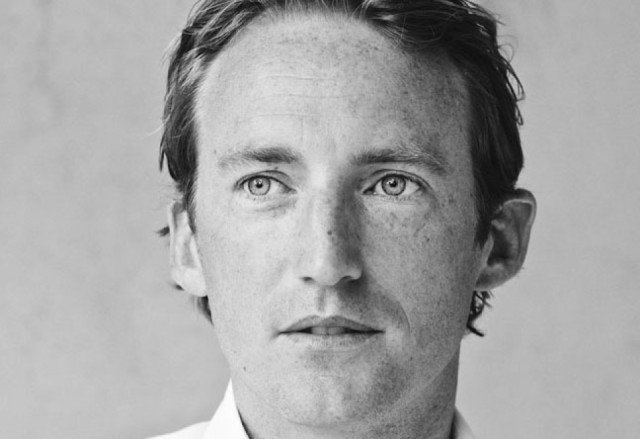 Some boys love cars, but Merijn de Waard was crazy about boats from the age of 8. He spent a lot of his summer days on IJsselmeer. That’s where he found out there are more boats than just the 10 metre-long sailing ship owned by his grandparents. Thanks to magazines such as Boat International and Boote Exclusiv, he soon discovered the world of super yachts. De Waard started taking pictures of large boats, but hardly encountered them in the Netherlands. So after his studies he went to southern France to devote himself for six months to what had already turned into a serious hobby: taking (and selling) pictures of super yachts. “The boats that I loved were only accessible through pictures. In France, I could see them up close and personal, every day.”

Back in the Netherlands in 2005, he decided to turn his hobby into his job. Together with business partner Maarten Janssen he set up SuperYacht Company. “By now, we had quite a lot of pictures of large boats, also from other enthusiasts. As we were often the first persons to have taken pictures of these boats, our photos also had news value and were often used in magazines. Now we wanted our own platform for publication purposes. There was no such thing as a database for boats. There were magazines about luxury yachts, but only a handful of forums on the Internet. A gap in the market, we thought.”

Resistance from the industry

De Waard and his business partner published a lot of news on boats, all kinds of data and plenty of their photos on superyachttimes.com. Initially, not everyone was happy with that. De Waard: “Some people didn’t understand why a boat that wasn’t for sale was shown on our website. We didn’t publish the names of the owners, but we did provide information about the boats themselves, such as designer’s name, length, material, engines and the shape of the hull. The market wasn’t used to that kind of openness. A shipyard would send a press release to the usual magazines twice a year and that was about it. We started looking for new boats ourselves, creating our own content. This meant the shipyards no longer had any control over what was being published. In the early days, some of them weren’t particularly happy with that.”

Still, he knew he had tapped into a demand. De Waard: “Compared to now, there weren’t as many pictures of big yachts available, but skippers, ship brokers, and ship builders still want to know what’s out there. Owners and potential owners also visit our site, just out of curiosity. They just want to see the latest Fead ship, but they also use the site to find out more about a certain boat.”

According to De Waard, his website attracts between 200,000 and 300,000 visitors each month. That is exceptional, because you can now find plenty of photos of super yachts on websites and social media. Shipyards also upgraded their marketing processes and distribute a lot more photos of their new vessels. De Waard says he benefits from the growing attention for big boats. “Even the newspapers publish photos of super yachts these days, because they look sensational. It's good for us! When a newspaper publishes another picture of a big boat, our site gets more traffic. A photo like that makes people curious and they want more.”

Apart from using his database, De Waard also has ‘quite a lot’ of boats memorised. Show him a picture of a super yacht and chances are that he knows who built it and who the owner is. “Well, I mean, what do you expect, I've been devouring Boat International since I was eight.” But don’t ask him about his favourite boat, because he is unable to tell you. “There are so many. A boat like is ‘A special’, and ‘Lady Lara’ has a beautiful profile. I love boats that are unique and in mint condition. It doesn’t even have to be that beautiful. I see so many boats every day, there comes a point you want to see something different for a change. A traditionally looking boat can be beautiful, but it's also nice when someone dares to go beyond the limits of what’s normal. ‘Guilty’ is a bizarre boat, for instance, with an interior that was designed by Jeff Koons. You really need to have guts to go for a design like that. It keeps the industry alive.”

De Waard still feels that publishing news and lots of his own pictures is what sets his business apart from the rest. In that respect, he’s still that curious young boy out on IJsselmeer, seeing his first big motor yacht. De Waard: “The funny thing is, I’ve been in

this business for so long, I know just about everyone who is someone. So I’ve got a pretty good idea when a new boat is in the offing. The trick is to spot new boats before the shipyard has sent out its press release. That’s still an exciting chase.

According to De Waard, the Dutch super yacht industry is doing well. The shipyards invest heavily in new, larger workshops. “The big names are getting bigger, through their own investments or takeovers. Also, a lot of shipyards invest in their manufacturing processes in order to reduce the completion time of their boats. They're not innovations that are particularly visible, but they are vital for the yacht industry.”

Growth in the charter market

The charter market is growing and that’s important to the super yacht market. De Waard: “Charters are important if you want to find new potential clients. Before investing millions in a big yacht, you hire a boat for a couple of tons of Euros and you see if you actually like it. So a healthy charter industry is good for the sales of new boats.”

Thanks to Merijn for this brilliant interview!

Get inspired, read about the latest innovations and keep your creativity up to date.

Send us a message